Hill climbing is an example of an informed search method because it uses information about the search space to search in a reasonably efficient manner. The Hill climbing search always moves towards the goal. Using heuristics it finds which direction will take it closest to the goal. The name hill climbing is derived from simulating the situation of a person climbing the hill. A hiker is lost halfway up/down a mountain at night. His camp is at the top of the mountain. Even though it is dark, the hiker the hiker knows that every step he takes up the mountain is a step towards his goal.

The algorithm for Hill climbing is as follows:

There are three problems encountered in hill climbing technique: 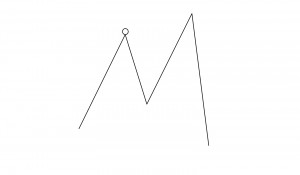 i. One possible solution is backtracking.

We can backtrack to some earlier node and try to go in a different direction to attain the global peak. We can maintain a list of paths almost taken and go back to one of them if the path that was taken leads to a dead end.

ii. Another solution can be a list of promising plan.

It is a state where everything around is about as good as where we are currently. In other words a flat area of the search space in which all neighbouring states have the same value.

i. A big jump in some direction can be done in order to get to a new section of search space. This method is recommended as in a plateau all neighbouring points have the same value.

ii. Another solution is to apply small steps several times in the same direction. This depends on the rules available.

It is a special kind of local maximum. It is an area of the search space which is higher than the surrounding areas and that itself has a slope. We cannot travel the ridge by single moves as the orientation of the high region compared to the set of available moves makes it impossible. 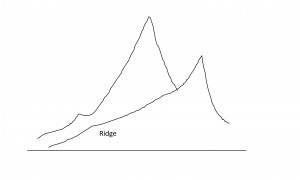 i. Trying different paths at the same time is a solution. We can apply two or more rules before doing the test. This corresponds to moving in several directions at once.