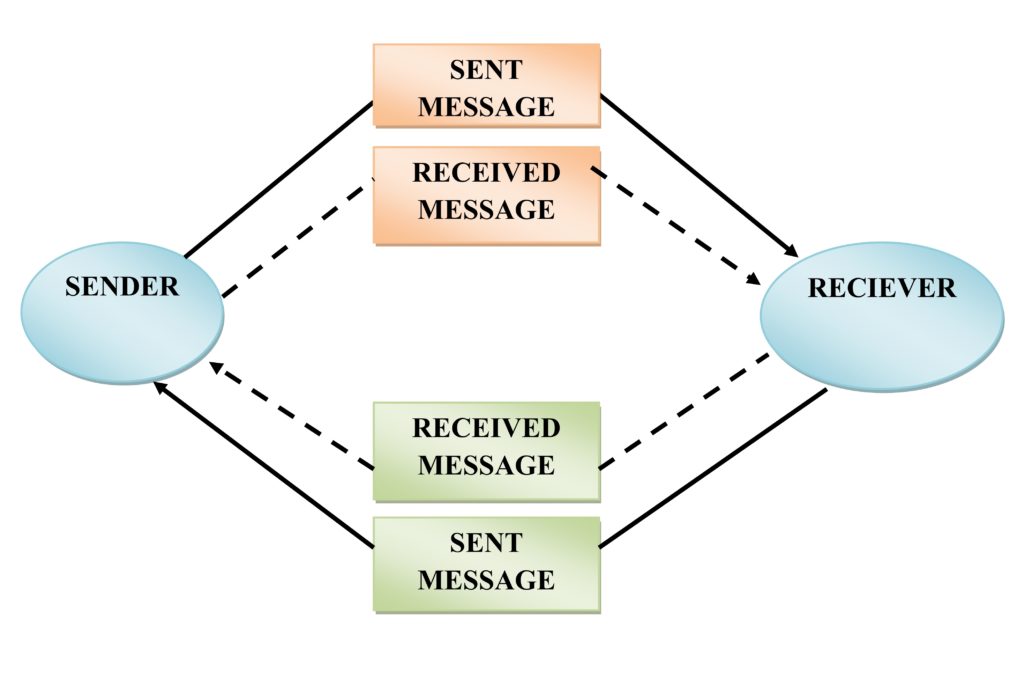 1. The Social Science Approach
The social science approach is based on the assumptions that human behavior is predictable and that there is a describable external reality. This approach, also called the functionalist approach, is based on research in the fields of sociology and psychology. According to this approach culture is a measurable variable, and that culture influences communication in much the same way as personality traits do. The goal of the social science approach is to predict how culture influences communication. Researchers who take this approach often use quantitative methods; gathering data by administering questionnaires or observing subjects firsthand .

2. Interpretive Approach
This approach aims at understanding and describing human behavior. It differs from social scientific approach in its view of the relationship between communication and culture. According to this approach, culture is created and maintained through communication while the social scientific theorists see communication as influenced by culture. Researchers using the interpretive approach are interested in describing culture, not in predicting behavior. They seek to find and describe patterns in communication and approach research in a holistic and subjective way. Interpretive researchers seek to answer questions related to what it means to be a member of a particular community and how participants in communities achieve “membering”.

3. The Critical Approach
The critical approach views reality as subjective and focuses on the importance of studying the context in which communication occurs. Critical scholars view culture in terms of power struggles and study cultural differences specifically as they relate to unequal distribution of power within society. They are interested not only in studying human behavior across cultures, but also in effecting change in society. They believe that by their study and analysis of the role of power in cultural encounters, they can assist people in opposing the oppressive forces in society. Critical scholars believe that the goal of intercultural research is to identify and make explicit power differences in order to liberate those individuals who lack power in society.

4. The Dialectical Approach
The social science, critical and interpretive approaches to studying intercultural communication are all valuable. However, these approaches may seem to contradict with one another. In order to address the potential contradictions among these approaches, Martin, Nakayama, and Flores (2002) have developed the dialectical approach to studying intercultural communication. The dialectical approach acknowledges the value of the social science, critical and interpretive approaches, at the same time, it requires that we do not limit ourselves to the perspective provided by one of these approaches. The dialectical approach calls for the simultaneous acceptance of all three perspectives. An acceptance of multiple perspectives expands our perception of the world and allows us to create new categories and to see the complex potential of the study of intercultural communication.

ii. Personal-contextual
This dialectic has to do with the relationship between the social roles that we play and how they interact with our communication patterns on the personal level. Social contexts often shape the behaviors of individuals. Roles related to our social position and our professional standing may influence our communication behavior. Some social roles require that we behave in a very formal manner. The way a lawyer in a courtroom or a scientist in a laboratory communicates will be a result of the context in which he/she is operating.

iv. Static-dynamic
This dialectic examines the fact that culture and communication patterns are both static and dynamic. Some cultural and communication patterns are relatively stable, while at the same time, cultures are evolving and changing. While cultures are influenced by the proliferation of new technologies, they will adapt these technologies to their cultural patterns and values. For example, a study by Lee (2000) found that email use in Korea was influenced by the Confucian dynamism cultural value dimension which emphasizes respect for elders and a strict adherence to social order. Most employees working in a virtual office environment in Korea did not use email to communicate with their superiors, because they felt it did not convey the appropriate level of respect to one’s boss (Lee, 2000).

v. History/past-present/future
This dialectic refers to the need to be aware of both present conditions and historical influences as they affect intercultural communication. For example, it is not enough to understand the current situation of North African Muslims in France, which has the highest percentage of Muslims of any European nation. The unassimilated French Muslims are a major source of recruitment for Al-Qadea, which always searches for supporters among the alienated and poor Muslim communities around the world. To fully appreciate the current situation of the European Muslims (especially those in France), we must also have an understanding of how North African Muslim communities have developed in Europe and the factors that have shaped the interactions among these groups and their host countries.

vi. Privilege-disadvantage
This dialectic addresses the contradiction that individuals may be simultaneously privileged and disadvantaged. Individuals may have power because of their social, economic or political status, and may be privileged because of their position, just as others may be disadvantaged because of their lack of social, economic or political power. However, an individual may have a privileged status in some contexts, but may also be disadvantaged in others. In some situations, an individual may simultaneously be privileged and disadvantaged. An international student in England may be privileged and disadvantaged at the same time. He/she may be privileged to have the opportunity to study abroad, but he/she may be simultaneously disadvantaged if he/she faces prejudice within the UK.
The dialectical approach brings together the strengths of the social science, critical and interpretive approaches to studying intercultural communication. It allows for a much broader perspective on the study of communication across national identities and prevents us from falling into dichotomies that tend to reduce rather than enlarge our views of other cultures. The dialectical approach makes it possible for us to address the many contradictory aspects of intercultural communication, and thereby, gives us a much richer experience of the study of culture and communication. It is a more challenging approach to take, because it does not offer simple answers, but rather requires that we examine issues from multiple perspectives and hold contradictory ideas simultaneously. However, by doing so, we will gain a holistic view of intercultural communication that fully recognizes its processual and relational nature.

Six Important Barriers to Inter Cultural Communication
1. Anxiety
The meaning of it is when a person feels inconvenient he or she does not know how to behave in some situations. The result is that the communication transaction fails.

2. Assuming similarities instead of difference.
When people are acting in a home manner in the different culture it might cause a lot of problems. In order to prepare yourself for various circumstances it is very important to assume laws, habits, and attitudes of another society.

3. Ethnocentrism
Ethnocentrism happens when we implicitly believe our way of doing things and seeing things is the right and only way. As a result, we negatively judge behaviours that don’t conform to our world vision. We perceive other’s behaviours as odd and improper. Ethnocentrism also creates an “us versus them” mentality that can be detrimental.

4. Prejudice and stereotyping
Stereotypes are over generalized, second hand beliefs that provide conceptual bases from which we “make sense” out of what goes around us, whether or not they are accurate or fit the circumstance. Stereotypes are stumbling blocks for communicators because they interfere with objective viewing of stimuli. In other words we have a certain stereotypical preconception of a person from a culture and we interpret his/her behaviour according to this preconception, whether or not the reason for the behaviour is what we think it is. Prejudice can be defined as an unreasonable dislike and distrust of people who are different from you in some way, especially because of their race, sex, religion, or ethnic. Stereotypes and prejudices about people from other cultures can cause communication problems and give offense

For example, the sign “thumbs up” is taken as a sign of approval and wishing luck in most of the cultures but is taken as an insult in Bangladesh.

6. Language Differences
Language differences are an obvious barrier to intercultural communication. If you speak only English and a shopkeeper speaks only Japanese, you won’t be able to communicate verbally. Even if you’ve studied the language or an interpreter is available, dialects, different accents and slang can cause problems. In addition, words don’t necessarily translate from one language to another in a clean one-to-one correspondence. The same English word may have different meanings to people from different cultures.

Operating in a globalized business environment it is paramount to remember to reduce prejudices and eliminate the belief “Different from me is less than me”. One also needs to let go of the stereotyping that occurs when dealing with culturally diverse groups. Effective communication can be achieved by showing mutual respect and understanding of different cultures. There is really ‘no right way’ of doing things as different cultures follow their own systems and ways of approaching the same issue. It is also important in cross cultural interactions to avoid assumptions. It is always better to ask for clarifications so that chances of miscommunication are minimized. Follow the dictum ‘when in doubt, ask’. It is critical therefore to honour and appreciate other people’s opinion which perhaps may be different from your own.