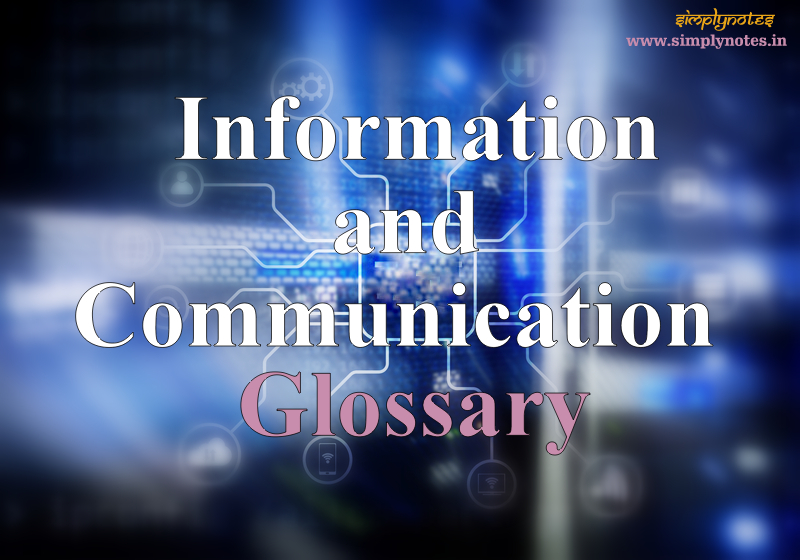 When an application program ends earlier then expected due to some unforeseen error-often something which the programmer had not considered.

A device which converts analog information to digital.

A mechanism by which data can be transmitted across conventional telephone lines. The circuit need to be configured to connect 2 specified locations.

The Accelerated Graphics Port (AGP) is a high-speed point-to-point channel for attaching a video card to a computer system, primarily to assist in the acceleration of 3D computer graphics. It was originally designed as a successor to PCI-type connections for video cards.

A  data  type  that  is  a  collection   of  elements   in which  all  elements   are  of  the  same  type.  It  has  a  fixed number  of elements,  called  its length  or size, given  at the time  of its declaration.   All elements  of an array are stored in contiguous  memory  locations.

A networking standard which is predicted by many experts to be the networking protocol of the future.

A mass storage device that uses a set of magnetic tapes, tape drives and a controller mounted in a single unit to function as a single large storage unit. Its typical use is for data archiving and as on-line data backup device for automated backup.

A storage that supplements main memory of a computer. Often referred to as secondary storage this section of a computer’s memory is non-volatile and has low cost per bit stored, but its operating speed is generally far slower than that of primary storage.