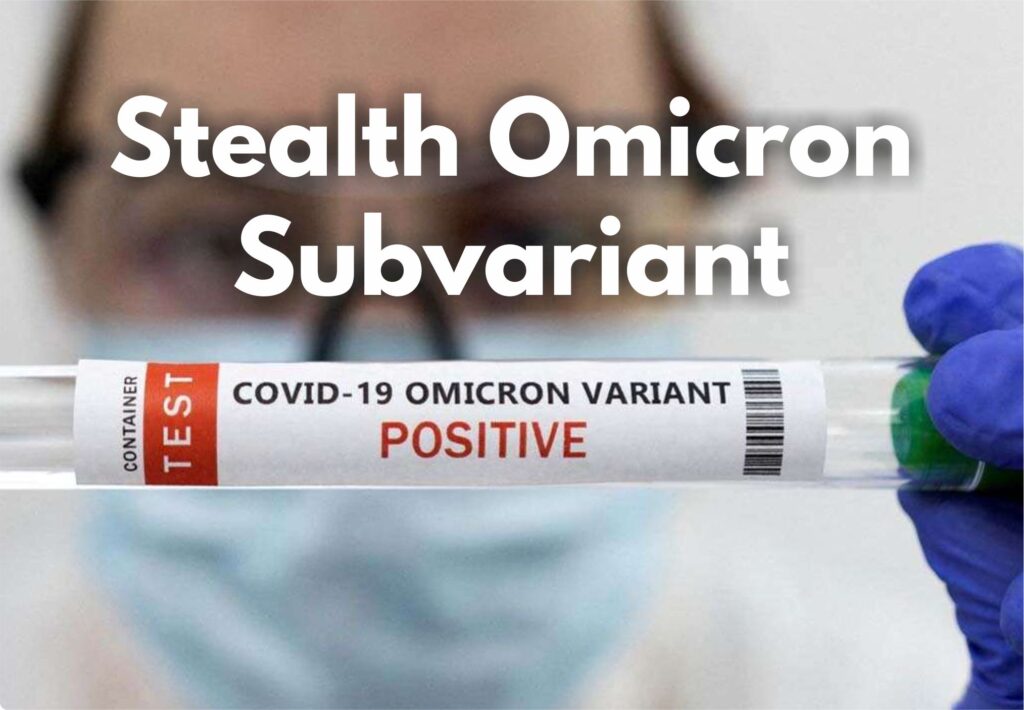 Following easing of restrictions, COVID cases are on the rise again. China recently imposed restrictions to curb the spread of cases while South Korea recently reported over 6 lakh cases. The World Health Organisation (WHO) has called the recent surge in cases ‘tip of the iceberg’.

What is Stealth Omicron Subvariant?
It is a new subvariant of the Omicron coronavirus strain named “Stealth” Omicron or BA.2 variant that has been detected in several countries across the world. As per experts, it has mutations that make it different from the original Omicron variant.

The lesser known BA.2 variant is also likely to have the same severity as the ‘original’ Omicron strain, according to the World Health Organization (WHO). WHO has emphasised that BA.2 should continue to be monitored as a distinct sub-lineage of Omicron by public health authorities.

Why is this variant named Stealth Omicron?

According to some scientists, BA.2 is referred to as a “stealth” variant because, perhaps, it has various mutations in common with the original BA.1 Omicron variant, but it lacks a genetic deletion on the spike protein that allows rapid transmission of probable cases using certain PCR tests. Because of this, tracking its spread becomes more time-consuming.

As per WHO, BA.2 subvaraint is also likely to have the same severity as the original Omicron strain. It is also emphasised that BA.2 should continue to be monitored as a distinct sub-lineage of Omicron by public health authorities.

WHO also stated that the BA.2 subvariant is different from BA.1 in some of the mutations, including the spike protein.

According to professor of preventive medicine and department of health policy, Dr. Willian Schaffner, “Omicron and other COVID viruses can mutate when they infect new people and multiply abundantly.”

Schaffner said, “There are three characteristics of COVID virus variants that are of greatest concern. They are increased contagiousness, an increased capacity to produce more severe disease, and the ability to evade the protection provided by vaccination and/or previous COVID infection.”

However, the BA.2 subvaraint till now has not shown any major differences in age distribution, vaccination status, breakthroughs, or risk of hospitalisation, as per early data.

In recent weeks, countries including Sweden and the UK have announced plans to drop widespread testing for COVID-19, saying the massive investment is no longer worth the effort. Still, infections, hospitalisations and deaths have increased slightly in Britain, driven by the more infectious omicron subvariant BA.2. Another contributing factor has been the suspension of nearly all COVID-19 protocols as more people abandon masks and gather in larger numbers.

China banned most people from leaving a coronavirus-hit northeastern province and mobilized military reservists Monday, as the fast-spreading “stealth omicron” variant fuels the country’s biggest outbreak since the start of the pandemic two years ago. Officials also locked down the southern city of Shenzhen, which has 17.5 million people and is a major tech and finance hub that borders Hong Kong — which itself has reported some of the highest COVID-19 death rates recently.