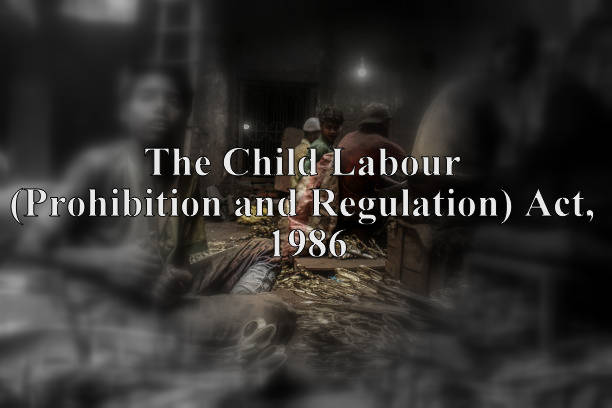 Be it enacted by parliament in the Thirty-seventh Year of the Republic of India as follows:

(1) This Act may be called the Child Labour (Prohibition and Regulation) Act, 1986.

(2) It extends to the whole of India.

In this Act, unless the context otherwise requires, –

(ii) “Child” means a person who has not completed his fourteenth year of age;

(viii) “Prescribed” means prescribed by rules made under Sec. 18;

(ix) “Week” means a period of seven days beginning at midnight on Saturday night or such other night as may be approved in writing for a particular area by the Inspector;

(x) “Workshop” means any premises (including the precincts thereof) wherein any industrial process is carried on, but does not include any premises to which the provisions of Sec. 67 of the Factories Act, 1948 (63 of 1948), for the time being, apply.