Environment and its Components

Environment is a multi-dimensional systems of complex inter-relationships in a continuing stage of change.

It is in totality of all social, biological and physical or chemical individually as well as collectively that compose the nature and man made surroundings.

Environment is a holistic view of the world as it functions at any time, with a multitude of special elemental and socio-economic systems distinguished by quality and attributes of space and mode of behavior of biotic and abiotic forms.

It is the representation of physical components of the earth wherein man is the important factor influencing his environment. 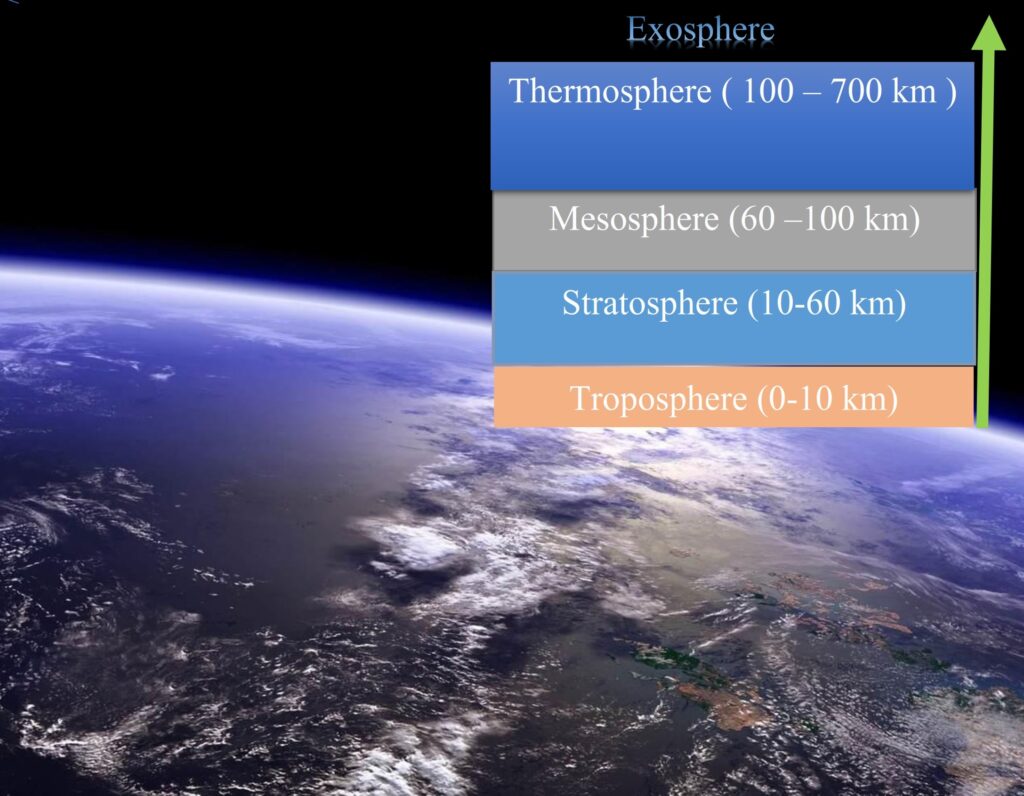 Segments/Components/ Layers of of Atmosphere

It covers  more than 75% of the earth’s surface either as oceans (salt water) or as fresh water. Hydrosphere includes sea, rivers, oceans, lakes, ponds, streams etc. Most of the earth’s surface water is in oceans, which contain about 35 parts per thousand of dissolved salt. The oceans are great reservoirs of water and they also regulate carbon dioxide. The oceans can absorb more carbon dioxide than the atmosphere. Of the remainder, most of fresh water with a salt content of 0.2 % is found either in lakes and ponds or in rivers and streams.

The solid component of the earth is called lithosphere, which includes mainly soil, earth’s rocks and mountains etc. It the mantle of rocks constituting the earth’s crust. The lithosphere mainly contains three layers-crust, mantle and outer and inner core. The surface of crust is covered with the soil which is rich in silica (Si) and aluminium (Al) and is also known as Sial layer. The continents belong to the Sial layer and are made of of granite rocks.

The next zone next to crust is rich in silica and magnesium (Mg). This layer is formed of basalt rocks and constitutes the ocean floors. The basal rocks are heavier than granite rocks. Next layer is the mantle which has a thickness of about 2400 km. The upper part of mantle is known as the Asthenosphere, while the lower mantle is called Mesosphere.

The inner most part of the earth is called core,which is rich in minerals like iron,nickle, cobalt mixed with Sulphur, ans silica. The thickness of the core extends to about 3500 km. The core consists of outer and inner core. The inner core is solid while the outer core is molten and metallic. The temperature of the core ranges between 5000 to 5500 degrees.

It is composed of all living organisms and their interactions with the environment viz, atmosphere, lithosphere and hydrosphere. The planet earth alongwith its living organisms and environment (air, land and water) which sustains life is known as biosphere. The biosphere extends vertically into the atmosphere to about 10 km, downward into the ocean to a depth of about 35,000 ft and about 23,000 ft into the earth’s surface itself where life has existed.

I got this website from my pal who told me about this web page and now this time...