Skip to content
March 21, 2022 PreetiGeneral KnowledgeNo Comments on Why around a thousand MNC are not able to leave Russia? 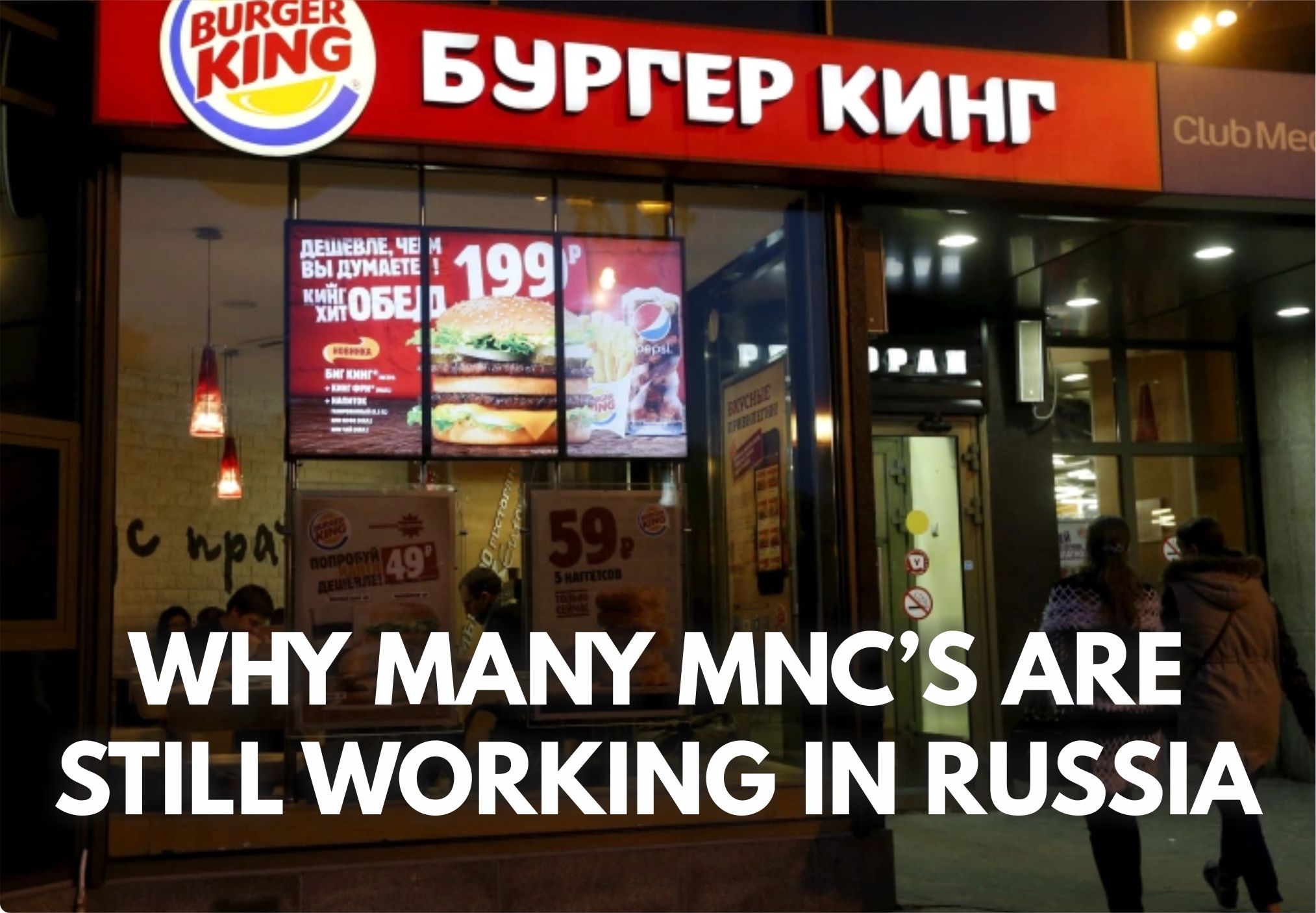 A shrinking number of well-known companies are still doing business in Russia, even as hundreds have announced plans to curtail ties.

But many are curious to know why leading brands have not closed their operations in the world’s most sanctioned country.

First, many brands do not operate directly in Russia and have outsourced their operations to third parties. Also, they do not claim ownership under their names.

Second, some brands are bound due to the legalities of the agreement which they have inked, making it harder for them to close the operations. For example FiBA, a Turkish company is operating all the Marks and Spencer (M&S) outlets in the country since 1999. Burger King restaurants have also been operated by franchisees.

According to the BBC, 48 shops of M&S and 800 restaurants of Burger King are still operating in Moscow and other Russian cities. Similarly, Marriott and Accor have 28 and 57 hotels open respectively.

Together, these companies have almost a thousand outlets still open in Russia, according to BBC report.

The New York Times said in a report that these brands are under pressure to exit Russia entirely. Companies which have paused operations temporarily are being told take a more definitive break.

Procter & Gamble has, for example, discontinued all new capital investments and reduced product portfolio, but is continuing to focus on personal care items. Danone and PepsiCo have also made similar moves, but are continuing with dairy and baby products.

The situation is complicated for Proctor & Gamble. It’s Gillette plant in St Petersburg exports having products to more than 50 countries and accounts for 70 per cent of Russian market.

The pace of businesses exiting Russia accelerated over the past week as the deadly violence and humanitarian crisis in Ukraine worsened, and as Western governments ratcheted up economic sanctions to punish Russia for its two-week-old invasion. Major oil companies BP and Shell walked away from multibillion-dollar investments. McDonald’s and Starbucks stopped serving customers.

The companies that still have a presence in Russia say they have franchise owners or employees to consider; they do not want to punish Russians by taking away food or medicine; or they provide software or financial services for Western businesses that are not easy to replace.

Why around a thousand MNC are not able to leave Russia?
Post Views: 847