Local, firm-level or industry-level trade unions are often affiliated to larger Federations. The largest Federations in the country represent labour at the National level and are known as Central Trade Union Organizations (CTU or CTUO). To acquire status as a CTUO, a trade union federation must have a verified membership of at least 500,000 workers who are spread over a minimum of four states and four industries (including agriculture). Trade-union membership verification is usually done once in a decade and an updated verification with new criteria is currently underway, with 2011 as the reference year. Complications around membership verification have existed due to discrepancies between membership claimed by the unions and actual members. These complications have increased in recent years following the wider inclusion of informal sector workers in union membership data. 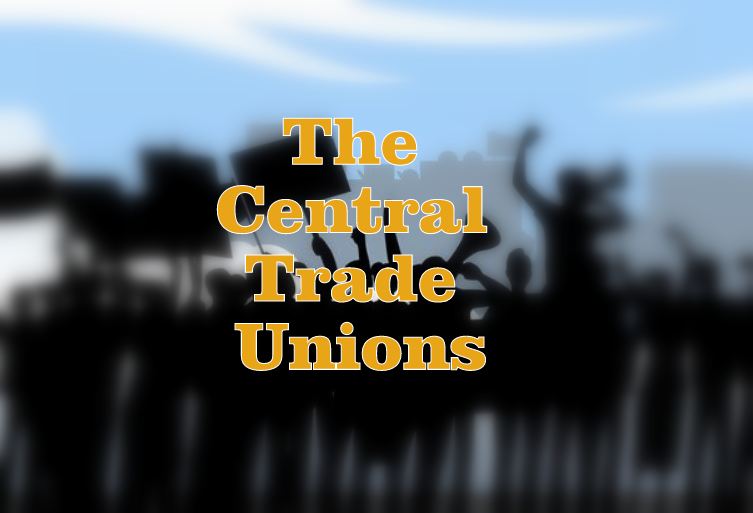 The following is a list of national-level CTUOs as recognized by the Ministry of Labour, Government of India. The list is for the reference year 2002 whose verification was completed in 2008. The political affiliation of the union federation is mentioned in brackets.

All India Central Council of Trade Unions (AICCTU) is a central trade union federation in India. It is politically attached to Communist Party of India (Marxist-Leninist) Liberation. According to provisional statistics from the Ministry of Labour, AICCTU had a membership of 639,962 in 2002

The All India Trade Union Congress (AITUC) is the oldest trade union federations in India. It is not Politically affiliated to any political party including the Communist Party of India. But itself is the third largest Communist Party in India after CPI(M) and CPI. According to provisional statistics from the Ministry of Labour, AITUC had a membership of 2,677,979 in 2002. It was founded on 31 October 1920 in Bombay by Lala Lajpat Rai, Joseph Baptista, N. M. Joshi, Diwan Chaman Lall and a few others and, until 1945 when unions became organised on party lines, it was the primary trade union organisation in India. Since then, it has been associated with the Communist Party of India.

It followed the pattern of the trade union in the United Kingdom. AITUC is governed by a body headed by National President Ramendra Kumar and General Secretary Gurudas Dasgupta, both the politician affiliated with Communist Party of India.

AITUC is a founder member of the World Federation of Trade Unions. AITUC is the second largest union of workers.

i. To establish a socialist state in India.

ii. To socialize and nationalize means of production, distribution and exchange.

iii. To improve the economic and social conditions of the working class.

iv. To watch, promote, and further the interests, rights and privileges of the workers in all matters relating to their employment.

vi. To co-ordinate the activities of the labour unions affiliated to the AITUC.

vii. To abolish political or economic advantage based on caste, creed, community, race or religion.

viii. To secure and maintain for workers the right to strike.

ix. To fight against all forms of atrocities against women and harassment at place of work.

AITUC publishes a periodical titled TRADE UNION RECORD which gives information about the AITUC’S and its affiliated union’s activities their conferences, meetings achievements, struggles on the working class front.

The organizational set up is as follows

iv. The delegates to the general or special session

v. The general session of the AITUC meets once in two years, the general council meets once a year, and the working committee at least twice a year. The day to day operation and implementation is carried out by the General Secretary and his administrative staff at the national and state levels.