Meaning and Nature of Indifference Curve

The following table gives the indifference schedule between two commodities, say sandwich and hot coffee, consumed per unit of time. All the different combinations render the same level of total utility, namely U.

The first column of the table shows the corresponding points when plotted on graph. On joining all such points, we get what is known as an indifference curve, shown as I in Figure 1 . 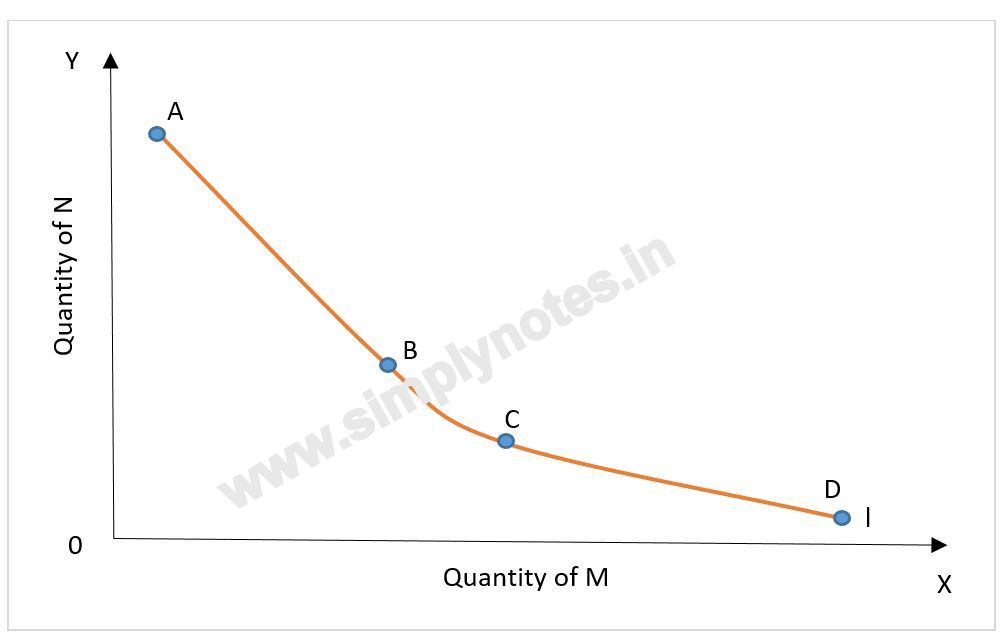 Graph 2 shows the indifference curve drawn to scale from the figures given in Table.  Let us explain the various aspects of such a curve now. 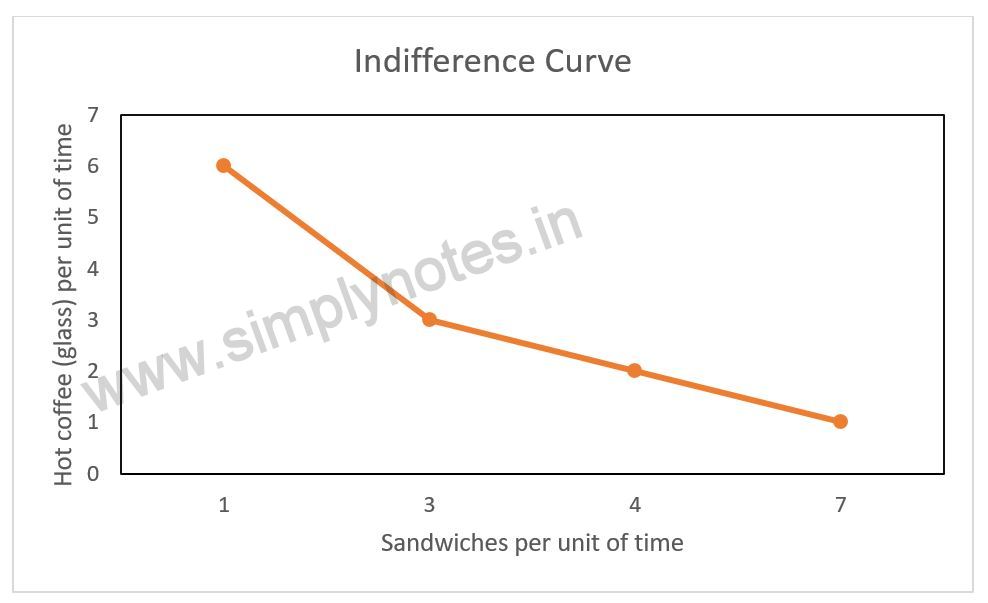 You know that the basic premise is that the consumer is rational; besides the indifference curves analysis is based on certain other assumptions:

i. At any given point of time the consumer has only two goods in his/her consumption basket.

ii. It is not possible to quantify the utility’ availed from the consumption rather the consumer is able to rank his/her preferences on a scale.

iii.  The consumer is never completely satisfied; this is in accordance to the assumption on nonsatiation you have read earlier in this chapter. In other words, more is always wanted.

v. The two goods under consideration are perfectly divisible in small units. This implies that indifference curves would be continuous in nature.