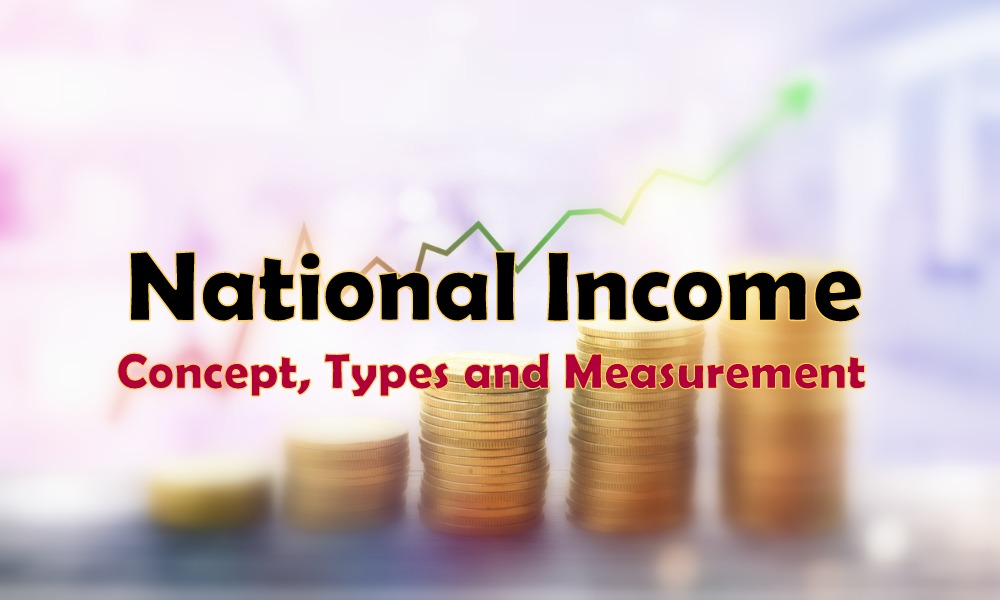 According to Paul A. Samuelson

National income or product is the final figure you arrive at when you apply the measuring rod of money to the diverse apples, oranges, battleships and machines that any society produces with its land, labour and capital resources.

Of the various measures of national income used in national income analysis, GNP is the most important and widely used measure of national income. It is the most comprehensive measure of the nation’s productive activities. The GNP is defined as the value of all final goods and services produced during a specific period usually one year, plus incomes earned abroad by the nationals minus incomes earned locally by the foreigners. The GNP so defined is identical to the concept of gross national income (GNI). Thus, GNP = GNI. The difference between the two is only of procedural nature. While GNP is estimate on the basis of product-flows, the GNI is estimated on the basis of money income flows, (i.e. wages, profits, rent, interest, etc. )

locally by the foreigners are deducted form the market values of domestically produced goods and services. In case of GDP, the process is reverse- incomes earned locally by foreigners are added and incomes earned abroad by the nationals are deducted from the total value of domestically produced goods and services.

Depreciation is that part of total productive assets which is used to replace the capital worn out in the process of creating GNP. Briefly speaking, in the process of producing goods and services (including capital goods), a part of total stock of capital is used up. ‘Depreciation’ is the term used to denote the worn out or used up capital. An estimated values of depreciation is deducted from the GNP to arrive at NNP.

The NNP, as defined above, gives the measure of net output available for consumption by the society (including consumers, producers and the government). NNP is the real measure of the national income.

It is based on domestic income only. Income received from abroad is not considered here. The GDP can be expressed in terms of

It is the excess of GDP over the above Depreciation.

R = Payments made to abroad

(a)   Relations at market price

(b)   Relations at factor cost