Skip to content
May 25, 2022 PreetiUncategorizedNo Comments on Applications of Computer in Various Fields

Applications of Computer in Various Fields

In the last few decades, computer technology has revolutionized the business and other aspects of human life all over the world.  Computers have proliferated into various areas of our lives. Every company, large or small, is now directly or indirectly dependent on the computers for information processing. Computer systems also help in the efficient operations of railway and airway reservation, hospital records, accounts electronic banking and so on. The information may be presented in the form of text, images, video clips etc.  Computers not only save time, but also save paper work. Some of the areas where computers are being used are listed below: 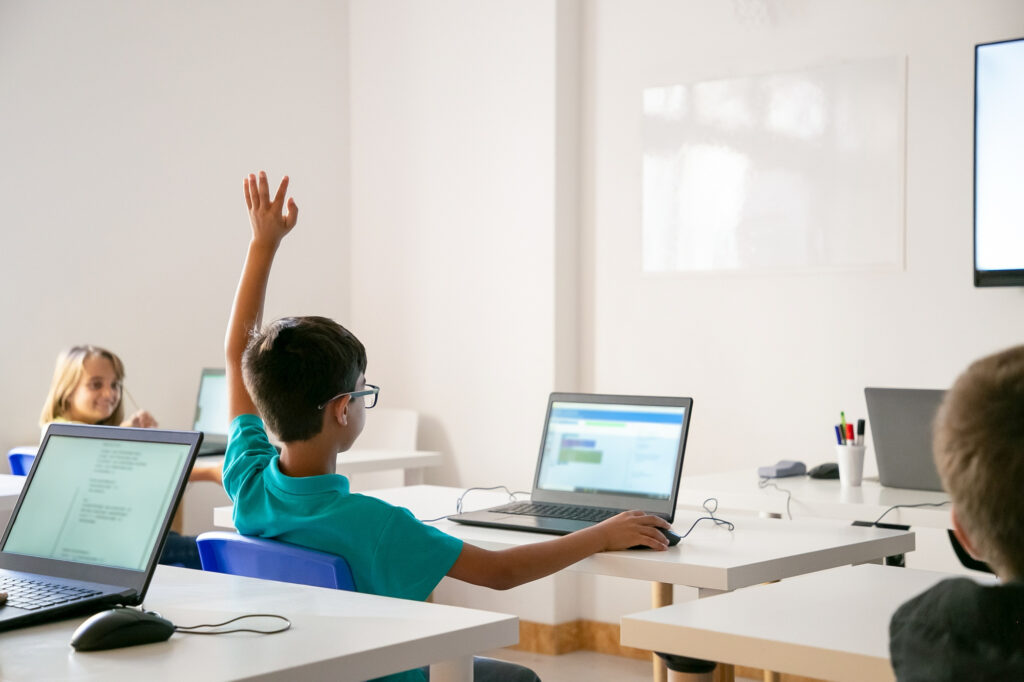 Computers have revolutionized the whole process of education. Currently, the classroom, libraries and museums are utilizing computers to make the education much more interesting. Unlike recorded television shows, Computer Sided Education (CAE) and Computer Based Training (CBT) packages are making learning much more interactive. Educators use computers to prepare notes and presentations of their lectures. Computers are used to develop computer-based training packages, to provide distance education using the e-learning software, and to conduct online examinations. 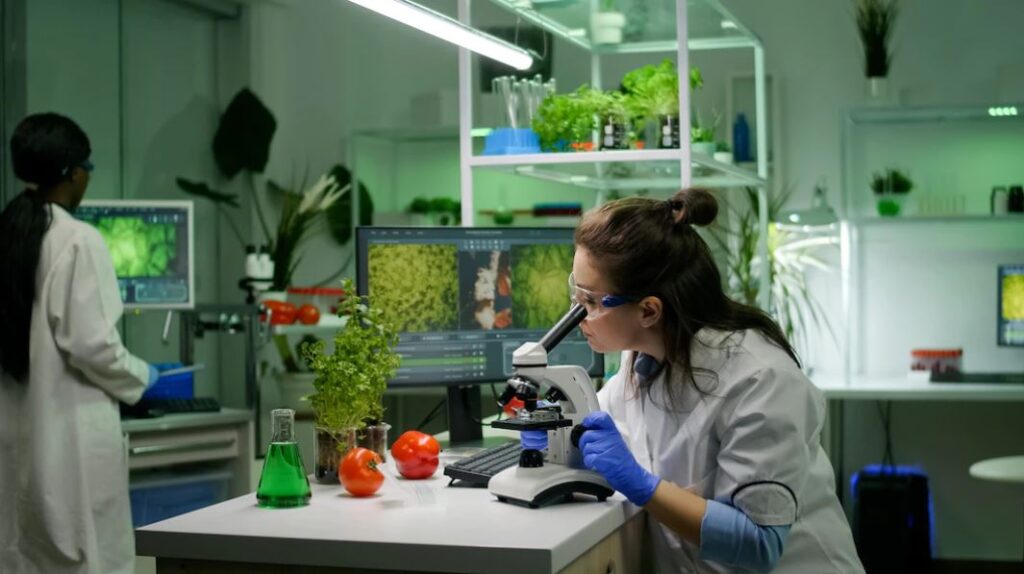 Scientists have been using computers to develop theories, to analyse, and test the data. The fast speed and the accuracy of the computer allow different scientific analyses to be carried out. They can be used to generate detailed studies of how earthquakes affect buildings or pollution affects weather pattern. Satellite-based applications have not been possible without the use of computers. It would also not be possible to get the information of our solar system and the cosmos without computers. 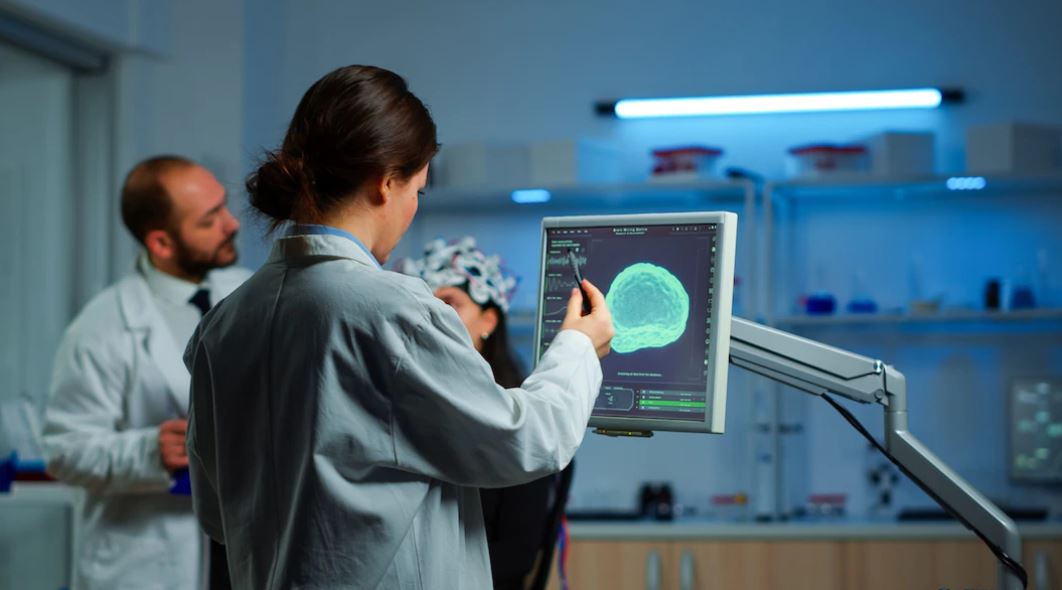 There has been an increasing use of computers in the field of medicine. Medicine researachers and practitioners use cocmputers to access information about the advances in medical research or to take opinion of doctors globally. The medical history of patients is stored int eh computers. Doctors are using comouters right from diagnosing the illness to monitoring a patient’s status during complex surgery. Computers are an integral part of various kinds of sophistication medical equipments like ultrasound mahine, CAT scan machcine, MRI scan machine etc. Computer also provide assistance to the medical surgeons during critical surgery operations like laparoscopic operations etc. 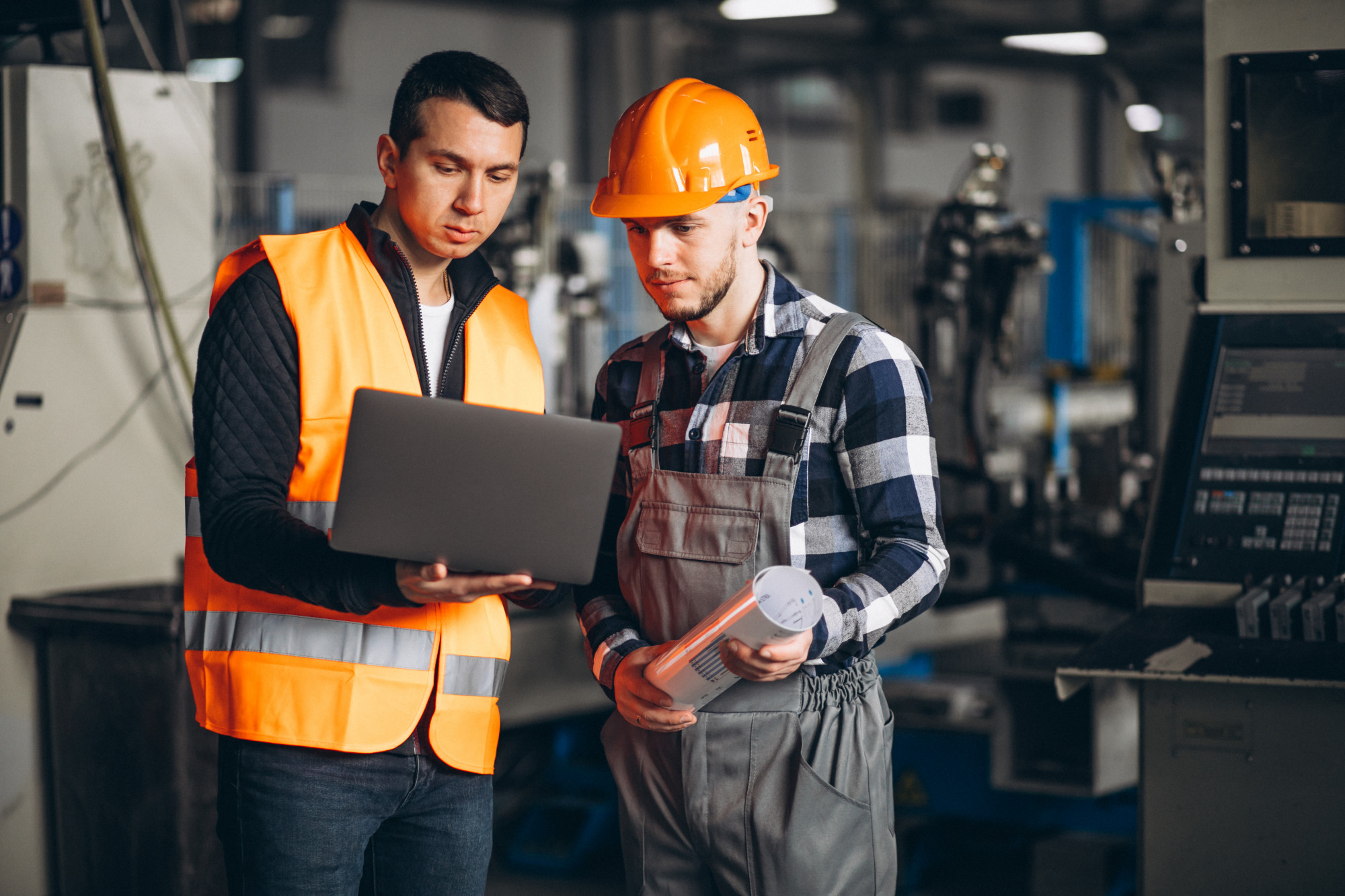 Today, engineers rely on computers for much of the process. Using computers and specialty computer software, engineers can design, test and make changes to products in minimal time. Computers help them complete the task at hand much more quickly. Computer Aided Design (CAD) and Computer Aided Design (CAE) are tools engineers and architects use to produce products of the highest quality, like automobiles and aircraft. The design of buildings and other civil engineering structures is carried out using computers for architects.

Besides, computers are today applied in all the aspects of manufacturing operations including, planning, control, scheduling, designing, distribution, processing, marketing, production etc. Most of the manufacturers have turned to computer integrated (CIM) or computer aided manufacturing (CAM) to improve efficiency, quality and reduce cost , lead time and process time of the product. The aerospace, automobile, chemical, electronics, and biomedical industries are among many that rely on computerized manufacturing. 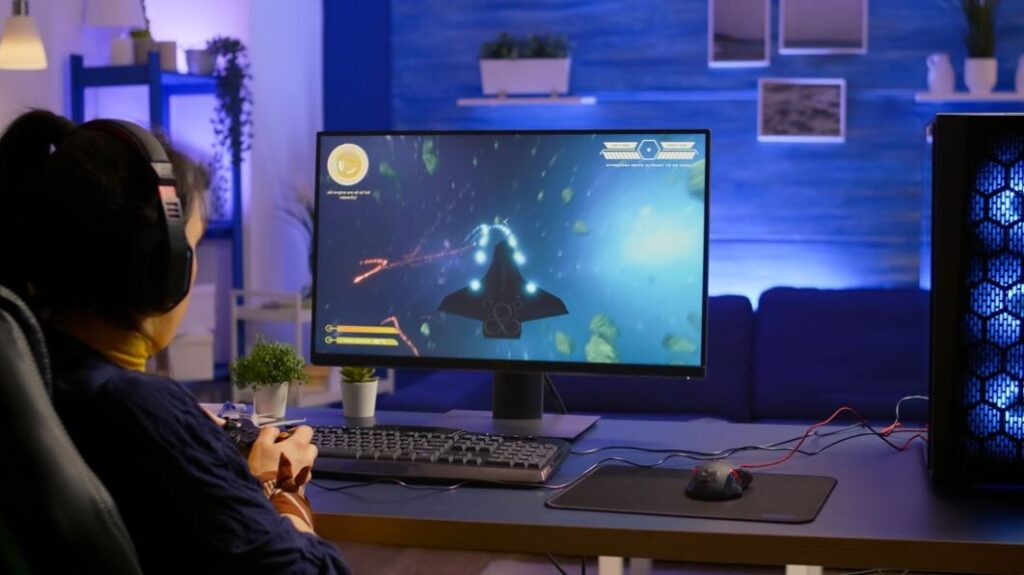 The entertainment industry is now dominated by computers. In movies, they are used to create dazzling special effects. In addition to editing movies, they create full-length cartoons, multimedia presentations, and simulations of games. Computers are used to simulate games and to test different strategies for playing them. 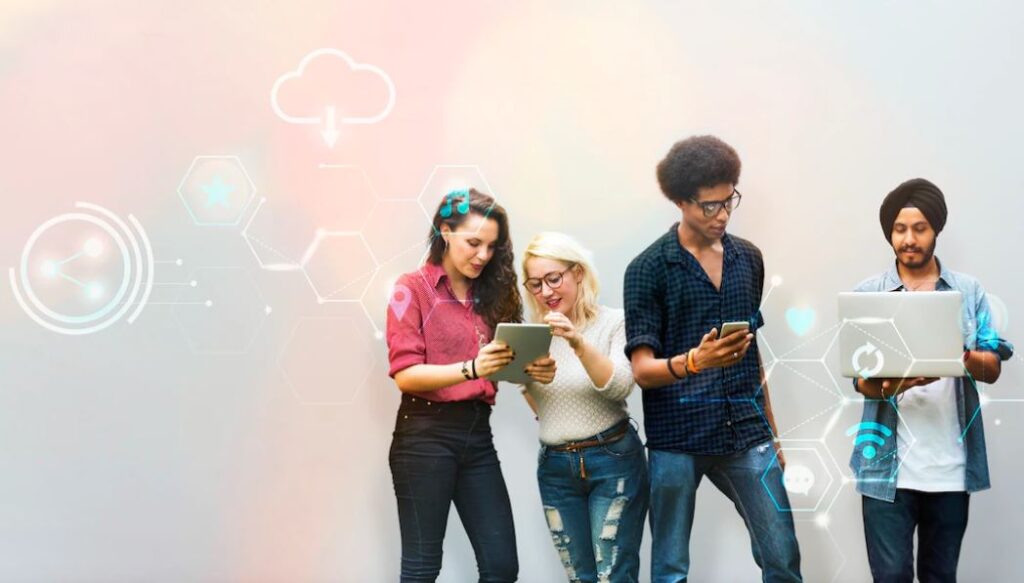 Computers are critical for communication and are the centerpiece of information technology. The early 1990s saw the emergence of household Internet use, which eventually spurred common use of email, websites, blogs, social networking, video chat and Voice-Over-Internet Protocol. Today, many traditional communication modes including postal mail and landline phones seem obsolete. The World Wide Web, Internet and email revolutionized the way individuals communicate with each other. Rather than waiting days or weeks to see information, we can now view all information at the speed of light. Email has fundamentally transformed how people share information and conduct business based on the speed and flexibility it offers. Voice-Over-Internet Protocol — or VOIP — replaced the need for landline telephones in many instances. These lines can provide instant phone communication over the Internet, and often are cheaper than fixed phone lines. They also provide the ability to conduct video chats to see whom you are speaking with. Social networking sites including Facebook, Twitter and LinkedIn allow users to rapidly generate content for people in their network to view. Rather than sending individual notes, social networking provides a constant stream of updates and information. 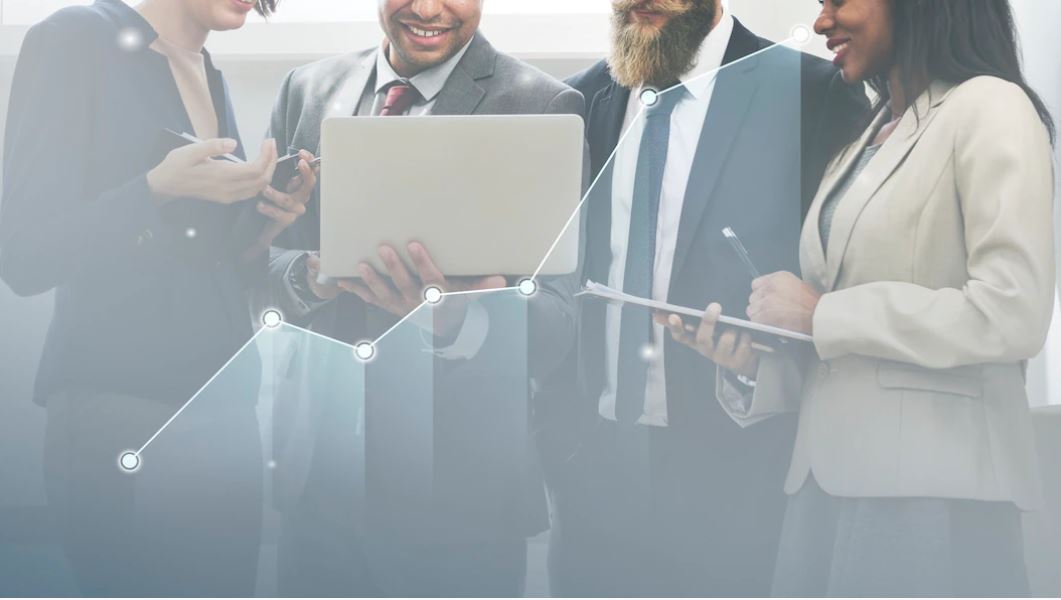 Computers have become essential business tools. They are used in every aspect of a company’s operations, including product creation, marketing, accounting and administration. Computers have propelled organizations far beyond the era of pen, pencil, and folders stashed in dusty storage compartments. Computers are used in a variety of ways in businesses, from generating reports to connecting with clients. The purpose of computers in organisations is to support crucial aspects of their operations, such as communication, record keeping, decision making, data analysis, and more. Computers are used to improve every area of the modern workplace. 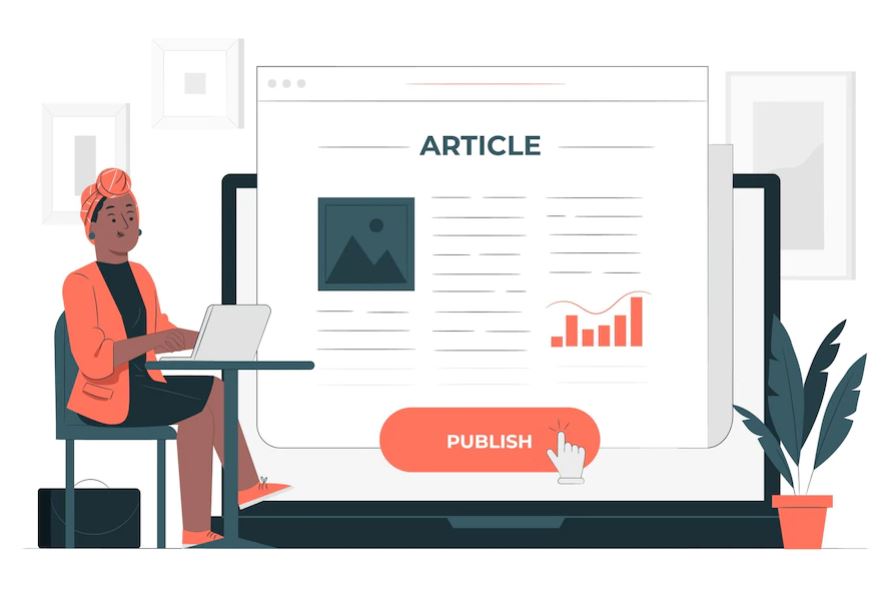 Computers have created a field known as DTP (Desk Top Publishing). In DTP, with the help of computer and a laser primer one can perform the publishing job all by oneself. Many of the tasks requiring long manual hours such as making table of contents and index can be automatically done by the application of computers and DTP software. 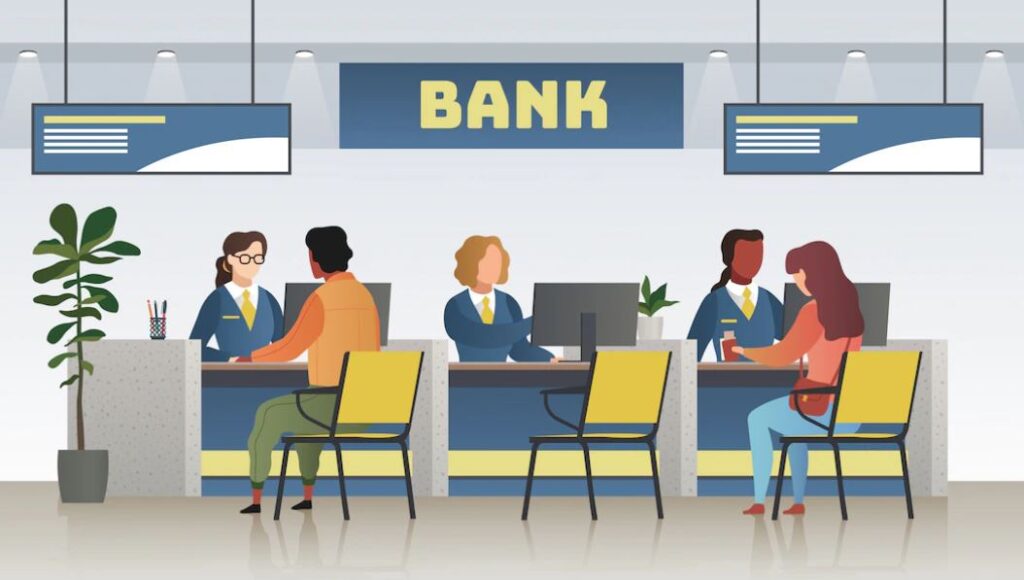 In the field of banking and finance, computers are extensively used, People can use the ATM (Automated Teller Machine) services 24 hours of the day in order to deposit and withdraw cash. When the different branches of the bank are connected through the computer networks, then the inter branch transaction such as cheque and draft can be done by the computers without any delay. The government uses computers to manager its own operations and also for e-governance. The websites of the different government departments provide information to the users. Computers are used for the filing of income tax return, paying taxes, online submission of water and electricity bills, for the access of land record details etc. The police department uses computers to search for criminals using fingerprinting matching etc. 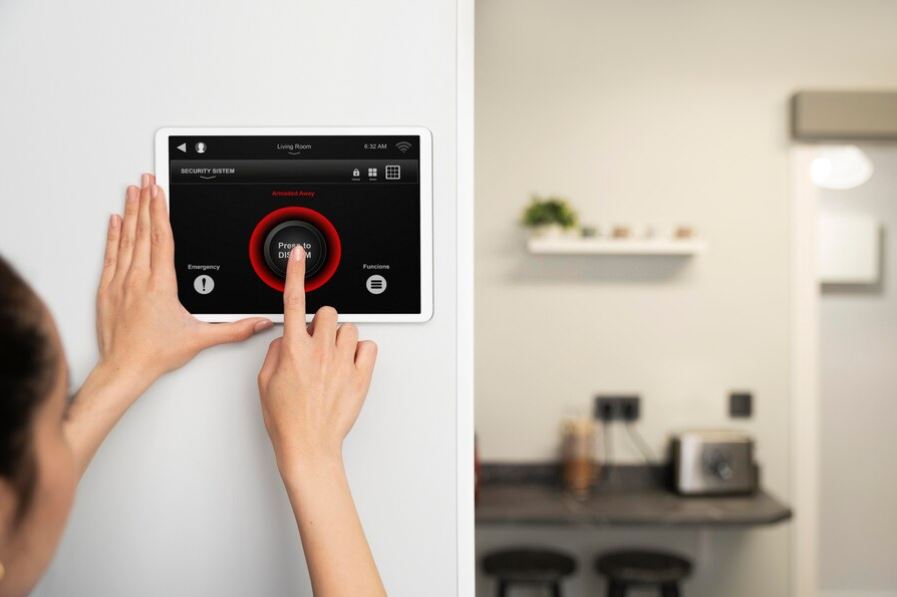 Computers have now become an integral part of home equipment. At home, people use computers to play games, to maintain the home accounts, for communicating with friends and relatives via internet, for paying bills for education and learning etc. Microprocessors are embedded in house hold utilities like washing machines, TVs, food processors, home theaters, security devices etc. Smart TV has an inbuilt computer system, enables us to watch online movies, listen to songs, TV programs, and other entertainment activities when connected to the internet by wifi. Home automation uses a computer system to control switching on/off of devices, electrical equipment. 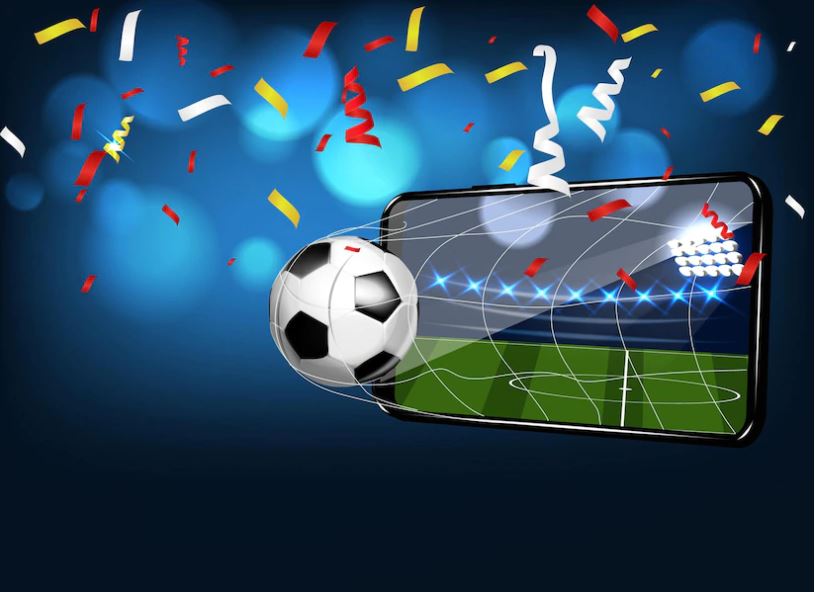 A computer can be used to watch a game, view the scores, improve the game, play games (like chess etc.) and create games. They are also used for the purposes of training players. Sports teams and other organizations use computers to track scores, maintain player records, create virtual playing fields, and model new sports techniques and methods. Sports equipment manufacturers use computers to design and test new equipment.

Computer is a powerful advertising media. Advertisement can be displayed on different websites, electronic-mails can be sent and reviews of a product by different customers can be posted. Computers are also used to create an advertisement using the visual and the sound effects. For the advertisers, computer is a medium via which the advertisements can be viewed globally. Web advertising has become a significant factor in the marketing plans of almost all companies.

Computers have given the modern military a degree of efficiency and effectiveness that has completely changed the way the military operates at sea, in the air, and on the ground. The fast computational abilities and the accuracy of digital computing enable the military to perform more quickly with less risk to themselves and with less cost to their government. Computer simulations allow the military to train soldiers for severe combat situations without actually having to put them in harm’s way. The Air Force can train pilots in flight simulators long before they actually get in the cockpit. Computers are used in missile controlling. The target of missiles are all set by computers. they are used to track the missiles, set targets, time in which the missiles will hit the target etc. The defence people use computers in tanks and some of the IAF planes to set targets with accuracy and many more. Microprocessor-controlled night vision systems are increasingly being used in basic infantry and anti-tank weapons for higher accuracy during nights. Mobile computer systems are being employed for a wide range of communications network and general purpose computing need at forward field locations.

So, these are the most prominent uses and applications of computers now a days. The list of these applications is so long that it is not possible to discuss all  of them here. Computers have influenced our lives to such an extent that we cannot even imagine working without these electronic device.